The Lady Wolves traveled to Dacula this past Saturday night and came away with a 66 to 47 victory over the Lady Rams of Grayson in the first round of action of this annual event.  The Lady Wolves have won this Tip Off Classic for the past two years and with this win, still have a chance to make it a three peat for the ladies of Buford.

The game was nip and tuck for the first half  with both teams causing numerous turnovers with pressure defense in both the full and half court settings.  When the halftime buzzer sounded, the Lady Wolves held a slight 4 point lead over the very athletic team from Grayson.  The third quarter found the Lady Wolves increasing their lead to double digits  with transition offense and better shooting from behind the three point line as the offensive pressure took it toll on the Lady Rams.  The fourth quarter provided much of the same as the Buford lead increased to as much as 25 points before the final score was determined as 66 to 47 due to a great second half stand by the Buford defense.  The pace of the game and relentless pressure wore the Lady Rams out and the Lady Wolves cruised to another win over a very good Grayson team.

Last year's MVP of the Tip Off Classic Tate Walters paced the Lady Wolves in scoring with 18 points followed by Ashyia Willis's  12 points  in the winning cause.

Many other Lady Wolves contributed to the point total in an all around team effort on the offensive end.

The Lady Wolves will face another familiar opponent as they will face the Lady Wildcats from Valdosta in the same 2nd round as last years tournament.  It should again be an exciting matchup.

The game will tip off at 2:00 pm on Monday Nov 25 at Dacula High School

Come out and support the Lady Wolves as they try and make it three in a row as champions of this prestigious girls basketball event. 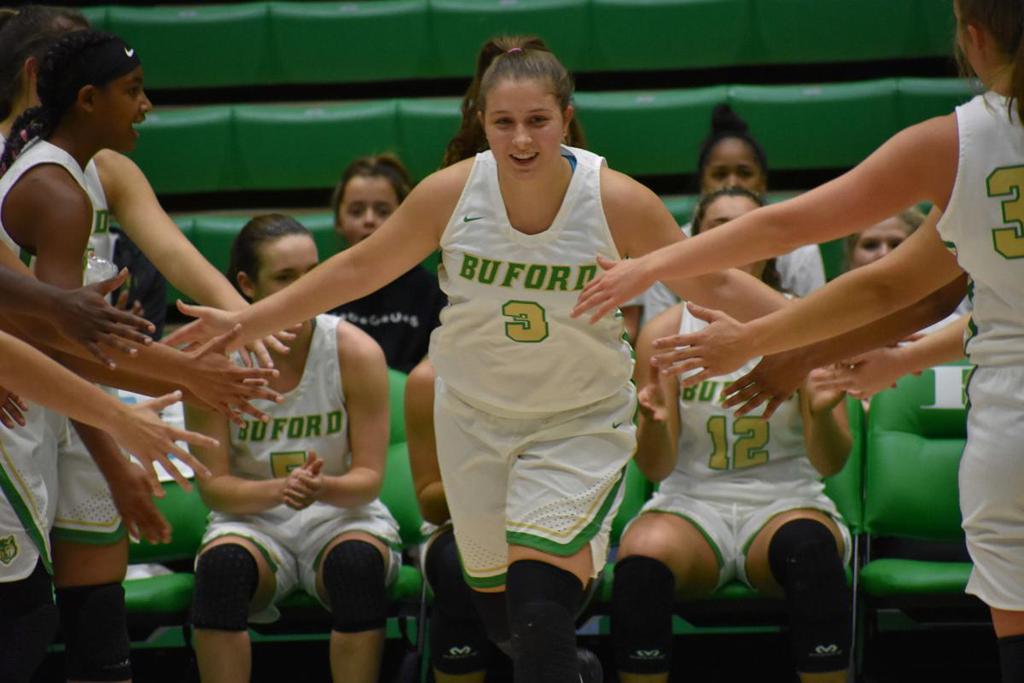