Buford Win Dacula Tip Off Classic in Battle of the Wolves!

The Lady Wolves made it a 3 peat as Dacula Tip Off Classic Champions  as they defeated the Lady Wolves of Wesleyan this past Tuesday night 50 to 51.  The game lived up to its billing as two of the most powerful girls basketball programs in Georgia battled for 32 minutes for bragging rights.  These two traditional powerhouses  took turns delivering both offensive spurts and defensive stands as the lead zig zagged back and forth.  When the halftime buzzer sounded, the Lady Wolves of Buford held slight 3 point edge.

The third quarter found the Lady Wolves clawing and scratching out a double digit lead of 10 points  by using their relentless pressing defense and their fast paced offense.

From there, the Lady Wolves offense went completely dry during the fourth quarter and let the Lady Wolves of Wesleyan complete the comeback to take a 49 to 46 lead with 3 minutes left in the contest.  The Lady Wolves of Buford did not score one point during this fourth quarter drought.  With the win slowly growing out of reach,  the ladies of Buford turned up the defense and forced numerous turnovers to give them many scoring opportunities, but no one could get the ball to fall into the basket.  Finally, Tate Walters hit two free throws after being fouled to cut the lead to one point in favor of the Wolves of Wesleyan.  From there, the Lady Wolves forced another turnover and called time out to set up a play in the final 16 seconds of the game.  Buford then inbounded the ball and ran a perfect set play to Tate Walters on a backdoor cut to the basket for the winning layup to give the Lady Wolves of Buford the lead for good.  From there, they forced a desperate heave from Wesleyan that bounced off the rim and gave Buford their third straight Tip Off Classic Championship.

It was a great game by both teams and looked more like a late season playoff game than a early season showdown.

Many Lady Wolves contributed in many ways to the win on both the defensive and offensive ends of the floor.

The Lady Wolves were lead in scoring my tournament MVP Tate Walter's 13 points.  Also contributing to the winning score was Blair Wallis's and Sara Viti's  four 3 point field goals each.  Wallis had four 3's in the first half and Viti had four 3's in the second half.

Congrats to the Lady Wolves on starting the season strong with three great wins in this early season test.  This tournament will serve as a great experience to draw on as the season goes on.

Check out the articles below from the Gwinnett Daily Post

The Lady Wolves will be back in action next Wed Dec 5 as they play Rabun Gap at the beautiful Buford City Arena at 6:00! 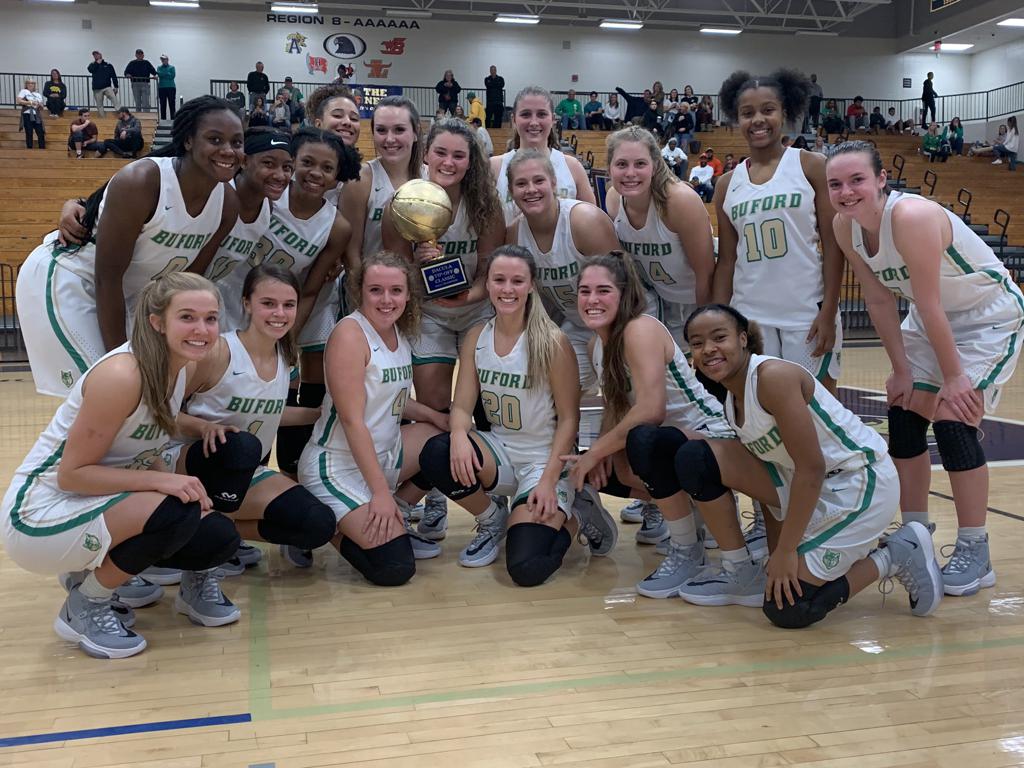 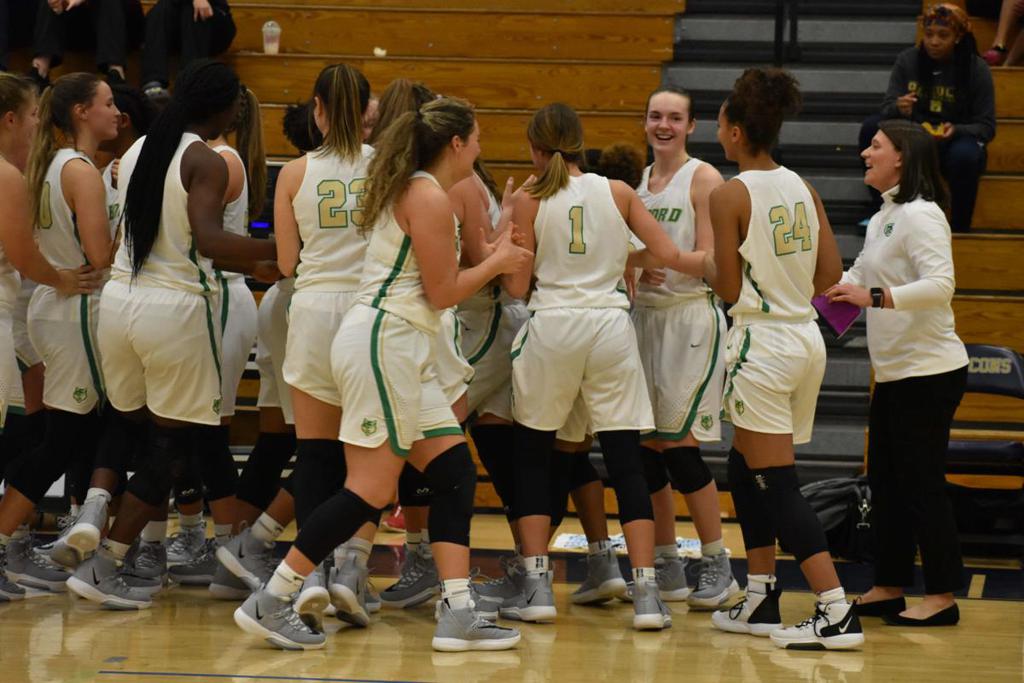 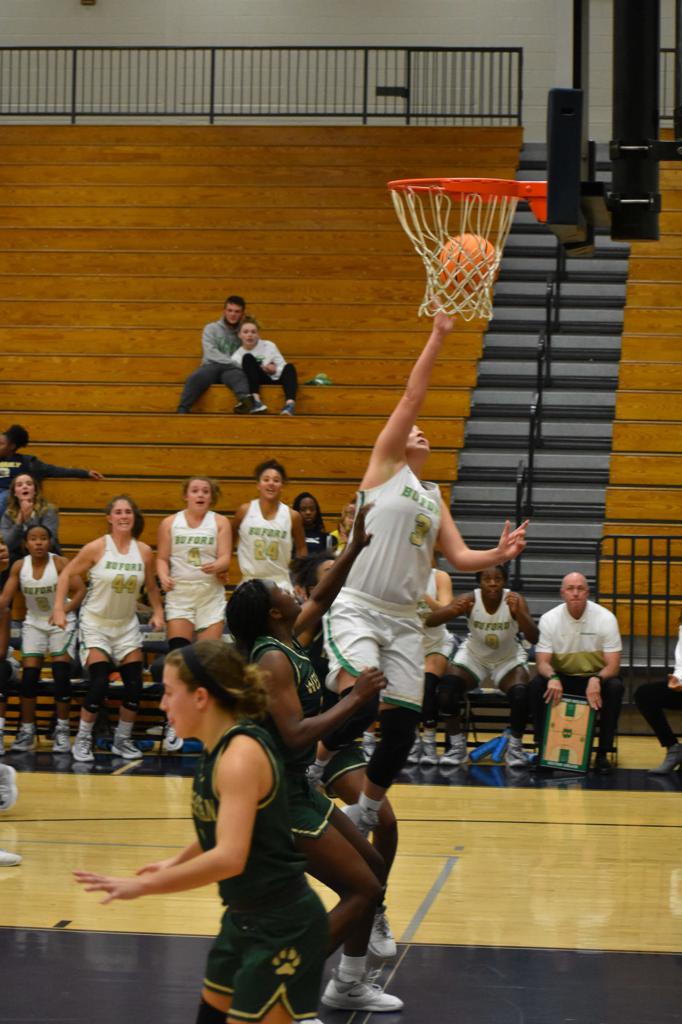 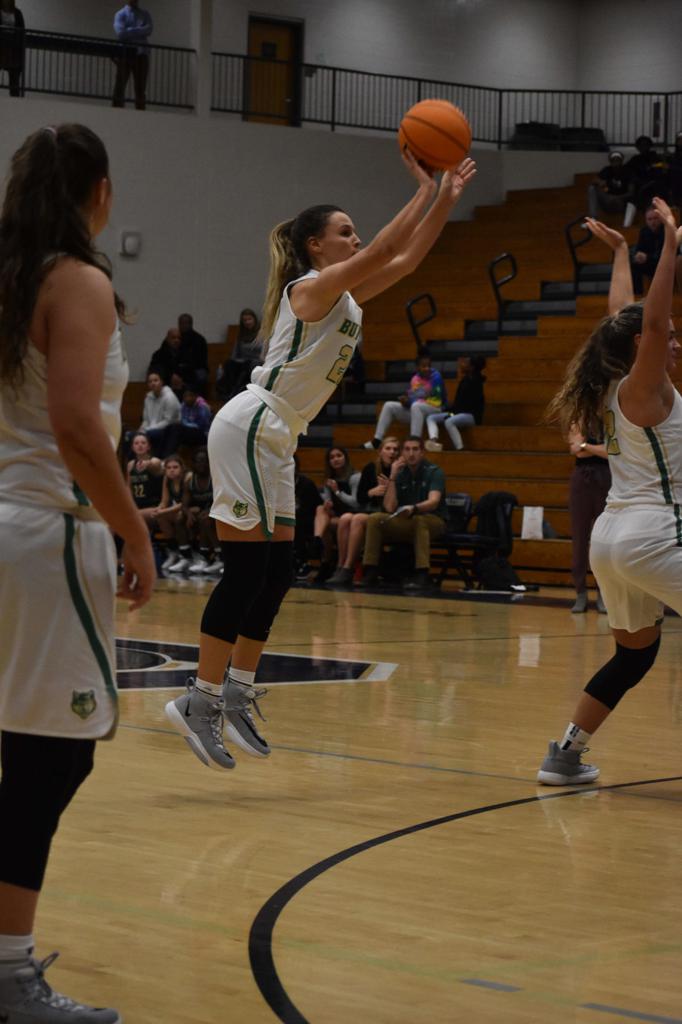